By Deana Desouza-Lawrence on Mar 6, 2019 3:26:11 AM
Back to blog Vaccinations Immunisation Anti-Vaxx 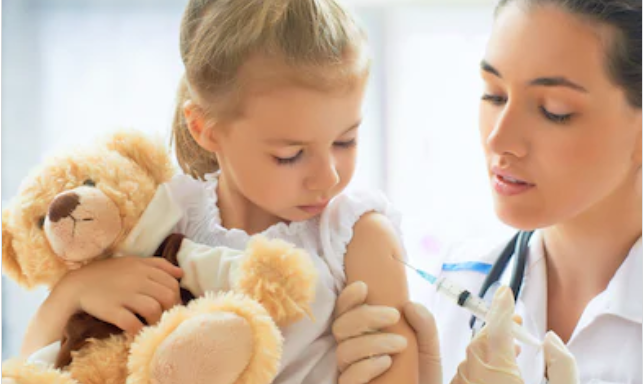 With the Anti-Vaccination movement growing in Australia and across the globe in the last decade, vaccination hesitancy has made it to the Top ten Priorities list for the WHO in 2019. Immunisation being one of the best ways to protect families and the larger community, it is no surprise that this issue has made it to the top of the list with the likes of Global Climate change and the spread of HIV. The growing pockets of people who are skeptical of and do not believe in immunisations is growing and threatening the greater community’s immunity to vicious diseases such as measles, rubella, tetanus, diphtheria, whooping cough, Hepatitis, HPV, Polio and more. The northern regions of NSW and affluent suburbs in Sydney have the lowest rates of immunisations in Australia. In 2017, the north NSW Coast sat at the bottom of the list of immunisations rates by the AIHW – with only 52 per cent of children in Mullumbimby being immunised – a rate lower that of South Sudan.

While Pharmacies in all Australian States have been administering basic vaccinations for a few years, in January 2019, NSW joined in and gave permission to pharmacies to administer vaccines for measles-mumps, rubella and diphtheria-tetanus-pertussis for patients from the age of 16, making it easier for people to receive catch-up vaccinations. Teenagers ages 14-15 can get vaccinated by a GP without parental consent and the Australian government is increasing initiatives to help people get vaccinated, with $12 Million being assigned for pro immunisation initiatives.

This increasing support has encouraged scores of teens from anti-vaxx households to take the jab. Many young people are doing this to meet educational and job requirements, or simply because they have fallen victim to diseases that they could have been protected from by vaccinations. Many instances of Measles and Meningococcal disease have been attributed to lack of vaccinations in Australia, but many individuals, especially the youth, are facing conflict from anti-vaxx family members and friends, if they choose to get immunised.

Several reported cases of teenagers facing hostility from parents and financial disadvantage because of their decision to get immunised have made the news across the country and teenagers are taking to social media like Reddit to get advice.

RELATED: 12 Myths and Facts About Vaccines

"As the child of anti-vaxxer parents, what vaccines should I get now as an adult?"

The Department of Health is working hard to make it easier to catch-up on immunisations for adults with several Catch-up vaccination plans available to help plan the process. A vast amount of information is freely available online on government websites that can assist young people to navigate the process. People up to 19 years old, refugees and other humanitarian entrants of any age can get NIP Schedule vaccines for free and the Australian Immunisation Handbook provides all the vaccination information needed for different age groups. If you still need assistance, contact your local public health unit for advice. Immunisation providers can also offer guidance to young people; talk to you GP, local council or community health clinic, public hospital or pharmacy to find out more.

Youth from Anti-Vaxx families raised in fear of vaccinations

Anti-Vaxx parents’ decisions to keep their children vaccination free is influenced by a range of factors ranging from conspiracy theories to ignorance. Studies however, have shown that the structure of vaccination programs, social benefits and consequences for their children had no impact on mothers’ decisions to keep their kids’ vaccination free. Instead it was for two main reasons; Trust and experience. Add to the mix the strong propaganda against vaccinations on social media, and unfounded beliefs that vaccinations cause Autism in children, there is a serious lack of peoples’ trust in many institutions including the government, in areas of health. With social influencers like media, family, clergy and friends informing the opinions of anti-vaxxers, there has been growing speculation of health dangers such as links to autism, high aluminium levels, and even mortality are believed to be brought on by vaccinations. The growing rates of Autism diagnoses in children has made parents use vaccinations as a cause and explanation for their child’s diagnoses. This has led to children growing up with a fear of vaccinations, being constantly taught that immunisation is a government scheme and that vaccines cause brain damage and autism.

Australia is making several attempts to increase vaccination rates and the number of studies that debunk the negative impacts of vaccinations by medical experts has provided evidence to support these efforts. The success of the “no, Jab, no Pay” plan in 2016, to withhold government benefits for those who aren’t properly immunised has toughened and over the years several legislative provisions have been implemented to actively target vaccine refusal receiving strong opposition from anti-vaxxers who defend their right to choose. Western Australia recently introduced regulations that allow under-vaccinated children to be banned from going to school during disease outbreaks. New South Wales, Victoria and Queensland have introduced similar "no jab, no play" laws imposing social restrictions on under-vaccinated children in schools and kindergartens, which have seen immunisation rates rise in those states. Health Minister Greg Hunt assigned an extra $12 Million towards pro immunisation initiatives and Australia is on track to hit a record target of 95 per cent of children aged under five immunised against deadly childhood diseases by next year.